Market Study into the Grocery Sector 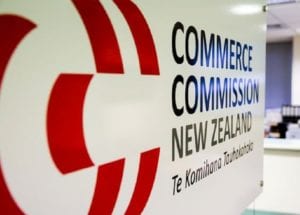 On 17 November 2020, the Government announced a market study by the Commerce Commission into supermarkets. The Minister of Commerce and Consumer Affairs, David Clark, said this was to ensure people are paying a fair price for groceries. The study would look at whether the sector is as competitive as it could be.

“A market study into supermarkets will identify whether there are issues affecting competition, potentially leading to recommendations that could ensure the weekly shop is gentler on the household budget. Some of the big supermarket chains have said there is already a healthy degree of competition in the sector, and we want to test whether that is the case.”

The matters to be considered must include, but were not restricted to:

CEO Katherine Rich said the announcement was one FGC had been urging for some years, and it would be positive for shoppers and grocery manufacturers.

“This review is not before time. The Government says it wants to make sure consumers are getting a fair deal at the checkout, and that there are indications competition in the sector has weakened. It is a fair question for the Government to ask in a small market where there are two dominant teams that control over 95% of mainstream supermarkets. New Zealand has the most concentrated market in terms of supermarket ownership in the world and with that privileged market position comes additional responsibilities and accountabilities.

“It will be most valuable for the review to make transparent the effects this market power and the impact of the array of costs, rebates, deductions, claims, discounts, deletion threats, shelf auctions and supermarket margin expectations have on final prices to the consumer and the health of the New Zealand supplier community.”

On 24 November, FGC launched a petition asking Parliament to support a Grocery Code of Conduct, with Katherine Rich saying she hoped the market study would help pave the way for the establishment of a Code. “Suppliers have for too long had to put up with unfair and abusive behaviour by some stores. We need to shed light on some of the more questionable claims and demands being made of suppliers by some stores that, from time to time, overstep the line between robust negotiation and bullying. Find the petition here. Find more on Grocery Code of Conduct here [link under repair]

On 10 December, the Commerce Commission issued a paper in which it identified a range of potential issues it said it may explore in addition to the Government’s list of matters to be studied. They included:

It said it intended to consider competitive outcomes in the grocery sector, including prices, choice, quality and innovation, the margins and profitability of grocery retailers, and whether there are other outcomes that are not consistent with those expected in a competitive market. It sought feedback on the proposed scope for the study, including its intention to focus on:

Early in 2021, the Commission surveyed suppliers and customers to help inform its study, and invited stakeholders to make submissions on the Preliminary Issues Paper.

On 4 February, FGC made an 88-page submission on the paper. In summary it said:

There were 19 submissions. Find FGC’s here. Find all submissions here (bottom of page)

On 11 March, FGC submitted to the Commission a survey of members conducted by Blackmarket Research. This showed members emphatically supported a Grocery Code of Conduct: 64% agreed anti-competitive behaviour (from customers) exists in the industry; 82% agreed they had been threatened; 93% agreed a Code of Conduct is needed. Find a report and the full survey here.

The Commission then invited submitters to comment on the submissions on the Preliminary Issues Paper. On 12 April, FGC made comments, which included that the limited submissions highlighted the issues, the need for a deep inquiry by the Commission, and remedies. FGC pointed out suppliers were limited in their ability to respond “given the risk of retaliation (most obviously the threat of ‘delisting’)” and consumers were unable to meaningfully respond, given their lack of resources, industry knowledge and experience with a more competitive counterfactual. Its high-level comments on the retailer submissions included that:

On 29 July, the Commerce Commission published its draft report. This was accompanied by three reports on commissioned research: Consumer Behaviour and Preferences in the Retail Grocery Sector (Ipsos), Econometric analysis of the NZ retail grocery sector (Frontier Economics), and Consumer Decision-Making Under Complexity (Waikato University).

“If competition was more effective, retailers would face stronger pressures to deliver the right prices, quality and range to satisfy a diverse range of consumer preferences. Our preliminary view is that the core problem is the structure of the market. In competitive terms, the major retailers, Woolworths NZ and Foodstuffs, are a duopoly, and while there is an increasingly diverse fringe of other grocery retailers, they have a limited impact on competition. This is because they are unable to compete with the major grocery retailers on price and product range in order to satisfy the widespread consumer demand for a main shop at a single store.”

Features of the sector that indicate the market was not working as well as it could include persistently high profits being earned by the major retailers and high grocery prices when compared internationally. The level of innovation in the sector also appeared modest by international standards.

“The major retailers appear to avoid competing strongly with each other, particularly on price. Meanwhile, competitors wanting to enter the market or expand face significant challenges, including a lack of competitively priced wholesale supply and a lack of suitable sites for large scale stores. Other observations which indicate the market is not working as competitively as it could be included:

“Without intervention, we currently see little prospect of a new or expanding rival being able to constrain the major retailers effectively, and improve competition in the sector. We consider the best options for improving competition are those that enable an increase in the number of retailers directly competing against Foodstuffs and Woolworths NZ for a consumer’s main shop.”

The draft options for recommendations included:

Another potential option was to directly stimulate retail competition by creating a further major grocery retailer. Options to strengthen suppliers’ bargaining power with retailers include introducing a mandatory industry Code of Conduct and allowing suppliers to bargain collectively. Options to help consumers make more informed purchasing decisions and to enhance competition at the retail level include the introduction of mandatory unit pricing, as well as asking the major retailers to simplify their pricing and promotional practices, and ensuring that the terms and conditions relating to their loyalty programmes are clear.

Find the draft report and the accompanying documents here (bottom of page).

FGC said the report showed there are big problems in the market, and consumers would get better prices, wider ranges, and better quality if there was increased competition.

“It accurately reflects the reality faced by many suppliers of food and grocery products to the two supermarket chains around the imbalance of power in negotiations on issues such as price, promotions, and discounts. The finding that competition in the wholesale purchasing of groceries is not working well for many suppliers, and that being reliant on just two major retailers has allowed the retailers to push excess costs, risks, and uncertainty onto suppliers, with fears of delisting if they do not agree to their terms, vindicates our stance.

“It also identifies the lack of competition is having a negative effect on the range of products available, the innovation open to manufacturers, and investment in the industry. We were particularly pleased the Commission concluded it would be beneficial to introduce of a mandatory code of conduct to strengthen bargaining power and prevent current conduct which reduces the ability and incentive of suppliers to invest and innovate. This is exactly what is needed to give suppliers something closer to a level playing field when it comes to negotiations.”

Submissions on the Draft Report

FGC said the findings were consistent with FGC’s experience, common sense and public feedback. It said it broadly supported the broad thrust of the recommendations, including the range of possible measures to:

Note: The Commission had planned to hold a stakeholder conference on the report in September but this was cancelled due to Covid-19 alert levels.

23 November: The Commission is required to publish its final report by 23 November. After that it will be in the hands of the Government who will decide how to respond.