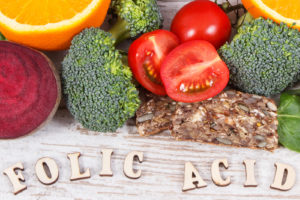 The NZ Food and Grocery Council and the NZ Baking Industry Trust commissioned a report into folic acid fortification to get an update on the science.

The purpose of the report was to review scientific and clinical research on the public health and safety aspects of the addition of folic acid to food and/or consumption by humans which has been published between 2008 and 2011, with particular reference to New Zealand.

In particular, they looked at:

Professor Smith and Professor Refsum, along with Professors Jacob Selhub and Professor Irwin H Rosenberg of Tufts University, Boston, wrote to the British Medical Journal regarding any decision to fortify bread with folic acid.

In an article entitled ‘Should we fortify flour with folic acid?’ in Baking Europe, Professor Smith updates the arguments.

The Government’s decision in 2012 to not mandate folic acid fortification of bread but to maintain the voluntary regime was a victory for common sense. The decision preserved consumer choice without dosing every loaf of bread.

It was the right thing to do based on the science, which remains unclear. While that is the case, it does not make sense to mandate fortification and effectively expose every man, woman, and child by artificially raising levels of folic acid in an attempt to reach a small number of women.

As at 2012, Ireland and the United Kingdom had made the same decision, and no developed European country had mandatory fortification of folic acid in all bread.

There is enough evidence to suggest New Zealanders’ folate levels increased considerably under voluntary fortification and that with more time to continue this work that trend is expected to continue.

The food industry supports the Government’s aim of improving folate levels in women of child-bearing age.

Bread manufacturers have shown they are serious about improving folate levels. The last report to the Ministry for Primary Industries showed that some 34 lines of packaged breads were fortified, meaning there is plenty of choice for consumers.

FGC’s baking members say they will continue to work on expanding that, despite the technical difficulties of getting the target levels of folic acid in bread exactly right.

The independent A. David Smith/ Helga Refsum report, commissioned by FGC and the NZ Baking Industry Research Trust, made some significant findings on those impacts. It, and further advice, found: