In a small country with a population the size of many cities around the world, New Zealand naturally has a small base of quality academic work suitable for publication. 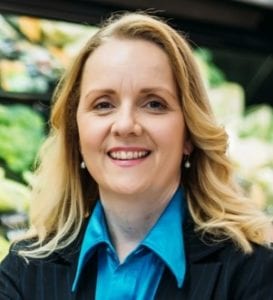 Not surprisingly, when it comes to the peer-review process in New Zealand, quite often peer-reviewers are friends and close colleagues. Unfortunately, this raises questions about how the research gets scrutinised, and can lead to concerns about ‘group-think’, where tough, probing questions often don’t get asked before they are published.

You won’t be surprised to hear that some of these research conclusions are often used as ‘evidence’ to support calls for regulation or new taxes. Often, the demands for new laws or restrictions go way beyond what the research actually says.

A recent example, entitled “Prime Minister for a day: children’s views on junk food marketing and what to do about it”, is but the latest of what Professor Boyd Swinburn calls “persuasive” research. That is, research that can be used as a political campaign tool to put pressure on politicians.

With it we saw the hand of the University of Otago’s PR department pushing out their researchers’ latest work to the NZ Herald, resulting in the headline “Kids’ call to Jacinda Ardern: ban junk food ads”. They’ll be popping the champagne with that result!

With all the hallmarks of the research being politically motivated, at least the NZ Herald gave context to the research by mentioning that the researchers spoke to only 33 children.

Amazingly, some of the 33 talked about making advertising “true” and providing nutritional information. It does make you wonder if they were told that in New Zealand, advertising must be truthful and accurate otherwise the Commerce Commission or the ASA will step in. Were the children also told about the strict rules around advertising to children as set out in the Advertising Standards Advisory Code?

NZ Food & Grocery Council members have policies in place where they either don’t advertise to children at all, or they adhere to the ASA Code.

You may be surprised to read that this research also repeated the exaggerated and misleading ‘factoid’ that children see 27 unhealthy food advertisements a day. The academics counted seeing food wrappers and packaging in school lunchboxes, biscuit tins, and in their cupboards at home. They even counted seeking packs on supermarket shelves when shopping with their parents, which by any stretch of the imagination would have greatly inflated the numbers.

Most reasonable people would see that in counting New World and Countdown grocery price advertising as ‘unhealthy’ can hardly be claimed to be targeting children. But this important point seems to have been missed by the researchers, and conveniently left out of media interviews.

While not dismissing hearing children’s views, using the equivalent of one classroom of kids as a basis of policy change sounds more like a PR campaign tactic than actually addressing the issue.

Is there a ray of sunlight in this politically motivated research? If there is, it is that 33 children have enough nutritional knowledge to understand the difference between healthy and treat foods. This suggests nutritional education is getting through.