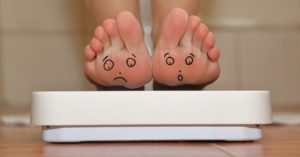 New Zealand, like many countries, is facing a growing obesity problem.

It says the fundamental cause of obesity and overweight is an energy imbalance between calories consumed and calories expended. It says the main causes are an increased intake of energy-dense foods high in fat, and an increase in physical inactivity due to the increasingly sedentary nature of many forms of work, changing modes of transportation, and increasing urbanisation.

The related disease of diabetes is also on the rise. In 2014 there were 422 million people worldwide with diabetes, up from 347 million in 2008.  In 2012, an estimated 1.5 million deaths were directly caused by diabetes and a further 2.2 million were attributable to high blood glucose. The WHO projects that diabetes will be the 7th leading cause of death by 2030.

The Food & Grocery Council is as concerned as anyone about diabetes and obesity. We acknowledge diet’s role, and agree that energy balance is key to solving the problem – something we have been saying for many years.

We are presently working with the Government to develop healthier food options for consumers by way of reformulation and innovation.

FGC and its member companies are committed to a big body of work on these issues, through dedicated working groups, and have been for some years. That work includes:

You can read about each of these elsewhere in Key Projects

In addition, a recent survey of members showed that:

We also work with other organisations on all sorts of health initiatives, including the Heart Foundation, the Nutrition Foundation, Dietitians NZ, and the Consumer Goods Forum.